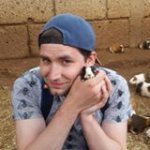 I Installed the Armbian system who is dedicated for my OPI version: http://www.armbian.com/orange-pi-pc/ with instruction, formatted SD card with format size adjustment option ON. But when I want to boot it there is only still green light (steady all time). OPI not giving any boot information on screen.

This issue is not caused by SD card becasue I tried two (which one is recommended): Kingston 32GB (class 10) and Samsung EVO+ 32GB.

Has anyone had similar experience or have any idea how to solve this?

49 answers to this question