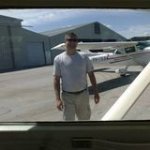 This overlays settings worked well until I have compiled my own .dtbo file and call it with overlay=..xyz... , after that all yet working overlays stopped working, even if I removed them. The boot process now skips this overlay settings.

After examination, I have found file "/boot/boot.scr" and "/boot/dtb-5.4.44-rockchip64/rockchip/overlay/rockchip-fixup.scr" had some garbage characters at beginning. I didn't change anything, neither I did open them before, those files simply got garbage.

After deleting the garbage chars, it won't boot anymore. Before I had tried also spi-spidev and spi-nor