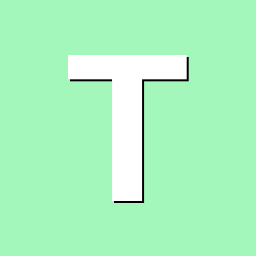 I've got a Rock64 1GB (rk3328) running Focal with the legacy 4.4 kernel. I've compiled and installed from source various things like libmali, libdrm, mpp, ffmpeg, and gstreamer, and have successfully gotten ffmpeg and gstreamer to do hardware decoding and gstreamer doing hardware video encoding. I also managed to compile and install xserver 1.20 from the rockchip-linux Github and have it running a barebones LXDE installation.

I am now setting my sights on Kodi. I have stock LibreELEC installed and working on another sdcard, but my TV only supports 50Hz, 59.96Hz, and 60Hz refresh rates, meaning that 23.976fps content does not play smoothly. I've read enough to understand that the Kodi GBM renderer that LibreELEC uses does not support the Kodi feature that allows for the playback and audio to be synced to the nearest available refresh rate, meaning that if there is any hope of getting that feature working on this board, I am going to have to compile Kodi for X11 or Wayland.

I'm aware of JMMC's excellent media script, and I've relied on it heavily for what source packages need to be installed, build parameters, and other information. (Thanks JMMC!)

I ran into some problems compiling Kodi for X11. Specifically, when trying to link the `kodi-x11` binary against libEGL.so and libGESLv2.so from the libmali package compiled from source, linking fails with an ocean of "undefined reference" errors to various gl functions, starting with this:

Before I spend more time trying to make this work, I want to make sure I'm not wasting my time. Is the current state of development for this platform such that it is actually possible to run Kodi with hardware video decoding/playback within an accelerated X environment such that Kodi's "sync playback to display" function works as intended? Or am I going to have to buy a TV that supports proper cinematic refresh rates?