stability with orangepi lite, one and zero 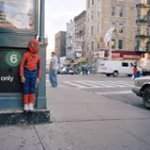 From months i'm using the raspberry boards to monitor, control, log and to sending commands to remote stations. I've fighted against wifi devices that stop to work untill i've tried the raspberry pi3 and the edimax dongles, correct the sd errors (untill i've decided to run the boards with a readonly fs), installed the (software) watchdog, etc... but now everything works perfectly from months on more then 20 boards equipped with good power supply and sd.

The last months i've tried to replace the raspberry pi board, with the orange pi lite board and armbian jessie 5.20 server. With the old version of orange pi pc, connected by ethernet, everything works fine, but with orange pi lite in cases of hard reset, it sometimes don't boot. I've tried with better power supply (2-3 models of good 3A 5v power supply), with no luck. Now finally see something happened while they is connected to a monitor and i don't know if this is the issue that happen when it don't boot, but i see that the system is frozen while systemd is showing " set cpufreq kernel... etc.." maybe this confirm what i've readed on other posts, there is something that don't works well between the voltage regulator and the cpu governor.

Someone can confirm this issue? Everytime i've readed about this issue on orange pi one topics, is this the same issue discovered on orange pi lite? Someone can post me a link or a guide or a discussion where i can find something to fix this (and or others) problem, and if the fix exists, someone know if it is resolutive? This issue affect also the orange pi zero?

i hope to solve any problem and start to use the lite/zero boards for my projects, otherwise i have to wait for C.H.I.P.

52 answers to this question