Install from SD to emmc

I have an Orange pi +2e running the desktop version of armbian. I want to install armbian to the built in emmc . Armbian is currently running on a SD card when I used the command "nand-sata-install" I got these options. which of those do i select to install Armbian from the SD card to the Built in emmc 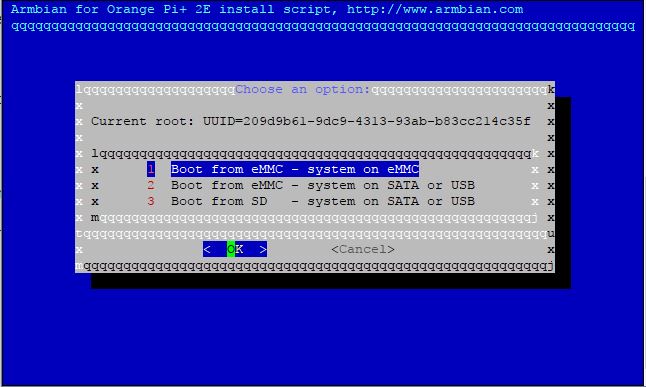