disks not spinning up - schematics for power supply? 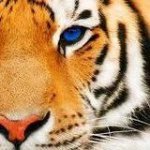 Hi there ...
Not sure if anyone has an idea here, but I have the following topic:

But every now and then the disks "fail" - which means, during normal operation suddenly the disk turn of, linux reports "sata link down" ... and the disks are off. As if they were removed.

If I reboot I usually here only some "klicks" ... I assume the disks try to spin up, but fail due to not enough power (?).

To recover from that situation, I usually disconnect power (incl. the internal UPS) ... try a few times, and sooner or later disks power successfully up again. Then the system run's again for a while without any issues.

I already tried to re-cable everything, trying to ensure that the cables are properly connected, but this does not seem to help.

I assume that there is an hardware issue with the SATA power rails (both show the same effect).
For that reason I'm looking for the schematics, to trace that a little deeper ... anyone an idea if they are somewhere available?