Issues with lamobo-r1 and new distribution 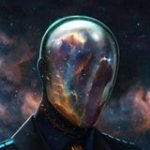 I had installed on my lamobo-r1 as of this afternoon, armbian 5.20... I then decided to upgrade to 5.23 and after that networking went haywire... nothing worked anymore

After the last buggy updates I'm almost afraid to upgrade anymore... what if anything else breaks in the process

Very bad "puttycat"... quite sad actually I was really hoping some improvement since I do get some freezes once in a while... winter is coming and right now I can't hope anymore to rely on the R1 to use as a thermostat ...