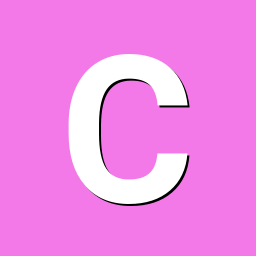 I am trying to resuscitate an EspressoBin that I purchased back in 2017.  I bought it to make a Linux firewall, but the Ubuntu image apparently wasn't up to networking, and I was too busy to deal with attempting to make a custom Linux build to ensure that networking was enabled.  I am specifically looking for help with the SATA Rescue procedure.

It seems that Armbian has created a Linux image with networking enabled, so I am trying to load the image.  The Armbian instructions said to update the bootloader before attempting to use the new image.  I (tried to) follow the instructions, but I had no success with the load.  Using Kermit on my Linux laptop to watch the board, I see the boot sequence start over and over again, interrupted, it seems, by strings starting with NOTICE:

It could be that my board is irretrievably broken, but I'm trying to use the SATA rescue routine.   I used dd to copy the flash-image-sata.bin file (and also, later, flash-image-sata-2cs-2g.bin from the Armbian site) to a new SATA SSD, according to the online instructions, but the board still shows an interrupted boot sequence.   When I use fdisk to look at the SATA drive, it still looks empty.  I don't know if my failure is due to a bad board or to an incompetent usage of dd.  I expected that copying the image to the SATA drive would create a partition in which the code would be found.  I tried copying the image to a flash drive to see if it made a partition there (in case the SATA drive is bad), but it has the same result there, that is, no partition.  That gives me some confidence in my process, at the expense of some suspicion of the image.

So...is there any way to confirm a successful SATA rescue image transfer to the SATA drive, short of a successful booting of the board?  Is there any further advice for rescuing a bricked EspressoBin? This topic is now closed to further replies.
Share
1 1
Go to question listing
×
×