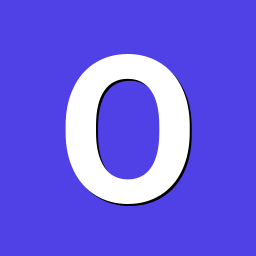 I have been searching the net trying to find out how to set up the WiFi interface on an Orange Pi or a Raspberry Pi 3B as an access point.  I have to have an access point for a project I have in hand.

I found the instructions by Lim Han Yang but they just failed entirely on two out of three candidate boards with the third, an Orange Pi PC Plus, producing a point that is visible to an Android tablet but refused to authenticate. I tried the create_ap procedure from github but that crashed on all three boards when dnsmasq hung. I tried ‘armbian_config’ on the Orange Pi PC Plus which was running the appropriate Armbian image. That didn’t do anything usable.

Reasoning that the distributed software assumes that the board will always be used as a WiFi client and that a lot of the setup and software aimed at that would interfere with setting WiFi up to be an access point, I decided to strip away all of the networking software and rebuild it using related versions of programs that have worked for me on desktop linux machines.

I tried this on the Orange Pi PC plus first  -   AND IT WORKED.  I tried it again on an Orange Pi Zero, which is the platform I want to use for my project – AND IT WORKED. Here is how I did it. My aim in doing this is to have just a WiFi access point without connection to anywhere else for a project that may be solar-powered a few hundred klicks into the outback and just as far from an internet connection.  The boards I am looking at also have a CAT5 connection but my only interest in that is maintenance and software updates, so any possibility of bridging between the two is viciously suppressed. If I were trying to set up a bridged connection, I would use ‘iptables’ to create the appropriate routing. The Wifi is set up with a static IP and a dhcp server to provide connecting clients with an IP address and the hostapd binary to manage connection and WPA2 authentication. The CAT5 point is set up as a dhcp client, although that could have been given a static address also and may get one if remote-area maintenance with a laptop requires it.

Install an Armbian image on your platform of choice. Other distros may work but I haven’t used them as I want a simple CLI linux. Assuming that your board automatically connects to the internet, do ‘apt upgrade’ to bring everything up to date. If your board’s internet connection and console access is through WiFi then things may get sticky for you. I used either an SSH connection through CAT5 wiring or the Orange Pi boards debug serial interface at 115200 baud via a 3.3Volt (5Volt WILL destroy the board!) TTL serial to USB interface for console access during these modifications.

Login as the default user and if it is not root, do ‘sudo passwd root’  and create a password for root. This will enable you to log in as root and remove the need to use sudo (which I forget to do half the time – annoying).

Either delete or ‘chmod a-x’    the wpa_supplicant, dhclient and dnsmasq (if installed) binaries. The scripts which invoke these will still be active and will fail – an untidy situation but I don’t care. Use whereis to find them.

Do ‘apt install dhcpcd5 udhcpd hostapd’ (apt-get may work too). You may want to ‘apt install’ a text editor at this point, ‘nano’ is a good choice but I prefer ‘joe’ as I’ve been using it for years. ‘vi’ is long overdue for relegation to the deepest pits of hell.

remove dnsmasq if it exists.

cd to ‘/etc/network’ and make ‘interfaces’ , ‘interfaces.hostapd’, ‘ interfaces.r1’, ‘interfaces.r1router’ and ‘interfaces.r1switch’ as in the attachments. Bear in mind that IP numbers, net masks etc. in these files are chosen to suit my preferences, your mileage may differ.

cd to ‘/etc’  , do ‘rm –r dnsmasq.d’ and ‘rm –r dhcp’ and create or modify dhcpcd.conf and udhcpd.conf to be as in the attachments. Once again, IP numbers etc. are my preferences. This might be a good time to edit ‘hostname’ to be something you want it to be.

cd to ‘/etc/hostapd’ and create ‘hostapd.conf’ as in the attachments.

You may want to add telnet capabilities, in which case do ‘apt install inetd telnet’ then

‘update-inetd –-enable telnet’ then if you want to login as ‘root’ over telnet, edit ‘/etc/securetty’ to include ‘pts/0’ and ‘pts/1’ etc. .  NOTE THAT TELNET IS AN INSECURE COMMUNICATION METHOD but it suits my purposes.

The above setup has been running reliably for a couple of months now and (touch wood) I see no reason other than hardware failure that would change that.