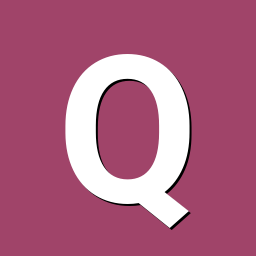 I have a Helios4 (2nd batch) with 4 HDDs, and before I started using it, I decided to test its performance on the planned workload. However, I got quite not satisfied with the numbers.

First, the SSH speed is about 30 MB/s, while the CPU core where sshd runs is at 100% (so I suppose it's the bottleneck).

Am I'm planning to use sftp/ssh to access the files, such speed is absolutely unsatisfactory. Is it possible to tune it somehow to be much closer to the line rate of 1 Gbit/s?

The second question is about the best RAID level for this setup. My HDD's read speed is about 250 MB/s, and if I combine 4 of them into a RAID0, the read speed reaches 950 MB/s on another computer, but when I put these disks into the Helios4, the max read speed is about 350 MB/s. Given that the network speed is 125 MB/s, it doesn't seem useful to use any forms of striping, such as RAID0, RAID10 (far), etc., does it? What is the recommended RAID configuration for this system then, given that I have 4 HDDs?

Would RAID10 (near) be better than RAID10 (far)? RAID10 (far) should provide the same read speed as RAID0 for sequential read, however, as on Helios4 the speed is far from 4x (it's just 1.4x), and the network line rate is anyway lower, maybe it makes more sense to optimize for parallel reads. RAID10 (near) will occupy only 2 disks on a single-streamed read (as opposed to 4 with RAID10 (far)), so a second reading stream can use two other disks and improve performance by avoiding seeking to different locations on a single disk. Does this layout make sense, or am I missing something?

I'm also considering RAID6 that has better redundancy than RAID10 at the cost of lower speed and higher CPU usage. While lower speed might not be a problem if it's still higher than the line rate of 1 Gbit/s, CPU may be the bottleneck. As I see from the SSH test above, even such a simple test occupies 100% of one core and some part of the other core, so running RAID6 may increase the CPU demands and cause performance decrease.

One more option is RAID1 over LVM that would combine pairs of disks, but I don't see any apparent advantage over RAID10 (near).

Does anyone have experience running RAID10 (near/far), RAID6 or maybe other configurations with Helios4? What would you advise to build out of 4 HDDs 8 TB each if my goal is to have redundancy and read/write speeds close to the line rate?