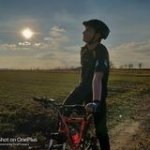 I want to have a diskless Orange Pi Win, i'm trying to get the Ethernet to work in u-boot, but it does not seem to connect at all with my router when booting, no blinking led at all (none on the Pi neither on the router), I tried différents cables, ports, searched on the web, found some "patches" on DTS file on the web for pine64... But nothing seems to work (but Ethernet works correctly when the Pi is booted on Linux).