A few questions about Helios64 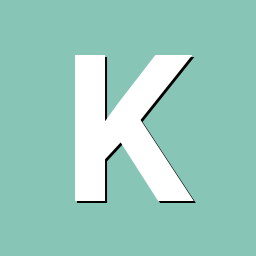 I am highly interested in the Helios64 and registered for the next batch.

Here are a few questions, I hope that your guys can answer.

The OS is Embedded Debian I assume.

Questions are quite simple:

Under Debian, the hard drives in a RAID array are renumbered on each startup by random: /dev/sda,  /dev/sdb, etc ...

This means that if drive /dev/sdb fails ... it is not necessarily the second hard drive in the bay.
I already lost a RAID server extracting the wrong disc in an array.
Then I migrated to a Synology NAS and notices that this problem had been fixed as discs are clearly numbered.

This was never fixed in Debian, so I assume the same under armbian?

Eject /dev/sda. Reboot. Now your raid array has /dev/sda, /dev/sdb and /dev/sdc and the last disc is absent.

In fact, Debian and Linux renumbers the discs on each boot, which is highly insecure as you never know which disc to eject.

I am not sure how to isolate a virtual machine under ARM. Is KVM supported?
What can used to run several machines and VLAN under the same host.

I don't like my ARM Synology NAS going completely idle, it takes sometimes 10s to come back from idle.

Is there a way to slow down the ARM processor and idle all discs, to make it faster to respond to a query.

I would prefer the system to be on NVMe and the processor running on 1 core waiting for connections, but being completely available.

In fact I would like the Helios64 be able to run in a low consumption mode, but not completely idle.

By the way, what is the Helios64 power consumption in Watts?

Keep-on the good work, you are making the future which is ARM.

In a few years, NAS will all have 8core, hardware encoding and only NVMe discs.

So just keep designing the new NAS and you will have it manufactured one way or another.

Don't give up because ot manufacturing difficulties and rising costs (I am prepared to pay up to 500EUR for a good NAS with plenty of RAM and cores).