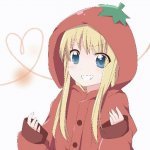 Recently I've been trying to build Armbian for Firefly RK3399, since I've purchased this board last year, and it has been lacking proper software support for a long time.

Here is my fork https://github.com/hjc4869/build/tree/development

I created a new 'firefly' board family for convenience. Also tried to build the image with some other kernel variants (Rockchip 4.4 bsp and mainline 4.17-rc6) without success, still investigating reasons.

The image boots and runs flawlessly as a headless OS, but that's far from complete.

1. Replace mali r13 driver with r14. Since r14 supports fbdev and xf86-video-armsoc while r13 does not. Fbdev performance is terrible, though.

2. (Maybe) Use the latest rockchip 4.4.126 kernel instead of Firefly's old (and buggy) 4.4.77, since this branch seems to be a port-and-forget one, while Rockchip kernel is still been actively developed.

This makes the desktop experience much better (glamor, and enables GLES for X11 window programs), but there are some problems related to desktop composition. In Firefly's official Ubuntu release, the desktop composition works just fine, but I haven't figure out how to enable that with my own build. Firefly team never provide any scripts/docs to build a usable rootfs.

Even without this, the desktop is definitely usable, including Chromium/Firefox, with mesa llvmpipe properly disabled.

Rockchip's rootfs-build repo contains several firmware required by the board (WiFi/BT/DP/etc). These firmware are currently not packed into the image.

This is troublesome even with Firefly's own Ubuntu image. They put some sort of magic in a `/usr/local/bin/enable_bt` script, and it must be executed right after user logon, or Bluetooth simply won't work.

Really terribly documented, never want to mess up with it again.

The board uses a rt5640 chip, which needs some tweaks related to ALSA.

Most userland tweaks are likely to be the same as other RK3399 boards, given the only difference should be bootloader/kernel related stuff.

Will it be possible to merge these into armbian/build as a community supported board in the future when RK3399 board family gets stable? (Of course with cleanup, e.g. use the rk3399 board family instead of a dedicated firefly family)

91 answers to this question